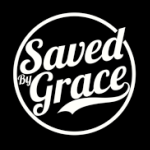 With a single glance, David began a downward spiral that almost destroyed him. One glance led to an act of adultery and then to a murder plot. (whole chapter) He spent a year trying to cover up what he had done, but it ate away at his body and soul.

David at the peak of his power and influence when he fell. At the time when kings were supposed to be going to war, David stayed in Jerusalem. The Bible says that “when evening came David arose from his bed. (2 Samuel 11:2) -He became lazy in doing God’s plan for him.

Lazy moments need to be feared more than hard labor. One misstep when you aren’t spiritually sharp can ruin a reputation for a lifetime. An idle brain is the devil’s workshop. “Idleness is the very source of sin.” “Our laziness after God is our crying sin. No man gets God who doesn’t follow hard after Hum.”

Our idle days can become Satan’s busiest days. It seems the enemy is always looking for an opportunity to work the most when we want to do the least.

Laziness breeds a love of amusement. One reason people are crashing and burning today is we are amusing ourselves to death. We want entertainment rather than enlightenment. We look for the latest gadgets instead of a deeper walk with God. When we pursue other things, God will eventually shut.

From his roof, David saw Bathsheba bathing. Maybe he couldn’t have avoided the first glance, but the stare was inexcusable. Our minds are like an airport runway. We can choose what we allow to land there. David’s look turned to lust. He was careless with his thoughts, and it results in a carnal act.

David’s sin was not merely an isolated act of adultery. His lustful actions led to a pregnancy, which ultimately led David to murder.

One of the Devil’s lies is that we will be satisfied if we fulfill a passion or appetite in a biblical inconsistent way. The very opposite is true. The more we feed the passion inappropriately, the more it grows and cannot be fulfilled.

After almost a year, David was finally honest with himself and with God about his sin. No more cover-ups. His carnal decision had hurt his family and tormented his mind and body.

Note that David ends Psalm 32:4 with the word “Selah”, which means ‘to pause and think about it”. We are told to meditate on what’s been said.

When God saved us, He didn’t remove our capacity to sin. But He did put His spirit within us to convict us of sin.

Falling down in a pool of water will not cause you to down but lying face down in it will. David felt the heavy hand of God on his life and finally surrendered to God humility and brokenness.

People who make no effort to shield their minds and heart end up doing one of three things:

We need to be quick to respond to the convincing power and prompting of the Holy Spirit.

“Set your affections on things above, not on things on the earth. For ye are dead, and your life is hid with Christ in God”.

Thanks for sharing with us Ely Jane Lacson God bless you more and continue to be the light of the world.

The Reason | Do we really need to celebrate Christmas as the world celebrates?

Life of a Genuine Christian | Can it be seen in you?

Ready or Not it will come | Genuine Christian or Assuming Christian?

The grace of our Lord Jesus Christ be with you all. Amen.
Philippians 4:23